Dow Jones futures were little changed overnight, along with S&P 500 futures and Nasdaq futures. Tesla (TSLA) and Nio news is on tap before Thursday’s open. The major indexes retreated Wednesday on economic concerns.

Oceangoing shipping stocks such as ZIM Integrated Shipping (ZIM) and Star Bulk Carriers (SBLK) plunged to their 50-day lines and beyond, wiping out a few weeks of gains. It’s not clear if the sector faces a long slide or simply a short pause, but Wednesday’s action was ugly. Rail, trucking and other shipping stocks also tumbled.

The European Central Bank is likely to end asset purchases at Thursday’s policy meeting, with an announcement before the opening bell. That would set the stage for a July rate hike.

The Labor Department will release weekly jobless claims data at 8:30 a.m. ET, followed by the consumer price index on Friday morning. That comes ahead of the Fed policy meeting next week, with another half-point hike priced in.

Investors will get Tesla China sales figures for May as part of industrywide data from the China Passenger Car Association. Tesla Shanghai production improved in May after the plant was shut down for most of April, but was still well below normal. Tesla production could hit full capacity sometime in June.

That came as China EV giant BYD (BYDDF) said it will supply Tesla with batteries. BYD, which is passing Tesla in vehicle sales for the first time this quarter, climbed 1.8% to 38.80. On track for a fifth straight weekly gain, BYD stock is not far from record highs.

Tesla CEO Elon Musk’s Twitter (TWTR) takeover saga has weighed on TSLA stock, amid fears that Musk will have to sell a lot more shares. On Wednesday, Twitter’s board reportedly will give Musk access to all its internal data. Musk, after signing a $44 billion Twitter deal and waiving away due diligence, has threatened to try to walk away unless he gets more data about fake users. TWTR stock rose 0.8% to 40.44, hitting its highest level intraday since May 13. But Twitter is still well below Musk’s $54.20 takeover price.

Most Chinese EV makers have already reported May production and deliveries data, including BYD and Nio (NIO). Nio will release first-quarter earnings before Thursday’s open, though attention will likely focus on guidance for Q2 and beyond. Nio stock rose 3.7% to 20.38 on Wednesday, continuing to rise from its long-sliding 50-day line.

The stock market rally was mixed for much of the morning, but the key indexes closed with solid losses.

Reflecting more-speculative story stocks, ARK Innovation ETF (ARKK) rose 2.7% and ARK Genomics ETF (ARKG) 2.4%. Tesla stock remains the No. 1 holding for Ark Invest. Ark, which sold quite a bit of TSLA stock over several months, has been buying up a lot of shares since late May, including on Tuesday. Cathie Wood’s fund also owns some BYD and Nio stock.

Eli Lilly stock edged up 0.4% to 313.47 on Wednesday, hitting resistance around the old buy point of 314.10. LLY stock has rebounded this week from its 21-day and 10-week lines, after retreating last week amid price control buzz. The relative strength line for Lilly stock is just below record highs. The RS line, the blue line in the charts provided, tracks a stock’s performance vs. the S&P 500 index.

SNPS stock retreated 2% to 322.89. Investors could treat its current consolidation as a double-bottom base with a 342.69 buy point. It’s possible Synopsys stock could be starting work on a handle, which would lower the official entry. While SNPS stock is well off highs, its RS line is at record highs.

EQNR stock edged down 0.3% to 37.75, working on a 38.80 cup-with-handle entry, according to MarketSmith analysis. The RS line for Equinor stock is right at highs.

CPE stock nudged 0.1% higher to 62.50. Intraday, Callon stock reached 63.96, just clearing a 63.44 cup-with-handle buy point. The major indexes retreating Wednesday weighed on the shale producer. But CPE stock has a recent history of big intraday gains that wither or turn into losses by the close. The RS line for CPE stock is at highs.

Overall, the major indexes continue to show sideways action, finding support at their 21-day moving averages. However, the S&P 500 and Dow Jones hit resistance at their 10-week lines, while the Russell 2000 dropped back below its 50-day and 10-week lines.

Further sideways action could be constructive for the market rally, letting more bases and handles form. But with the 21-day the lone line trending higher, and the 50-day and 10-week lines coming down steadily, the major indexes could come under pressure to break higher or lower.

Energy stocks remain standouts, though individual names can certainly have some big daily or weekly swings. Meanwhile, other sectors struggle to show leadership for any length of time. The relative lack of stocks to buy — and the high rate of failure among new buying opportunities — has been a worrisome aspect of the current market rally.

ZIM and Star Bulk gave up a few weeks of gains on Wednesday, while TimkenSteel (TMST) and Amphastar Pharmaceuticals (AMPH) tumbled back below buy points after impressive breakouts Tuesday.

If you’ve built up a modest exposure over the past couple of weeks, there isn’t a great reason to be adding positions right now. The market rally is rangebound, with the May CPI report due Friday and a Fed meeting on tap next week. Investors should be quick to cut losses and consider taking at least partial profits relatively early.

The market rally could deteriorate, pushing investors back to the sidelines. Or it could rapidly improve, triggering a wave of buying opportunities. Investors need to be alert to market changes and ready to act.

Thu Jun 9 , 2022
The Oklahoma Sooners face the Texas Longhorns in Recreation 1 of the Women’s College or university World Sequence championship series at United states of america Softball Hall of Fame Stadium in Oklahoma Town. OU established a Women’s Faculty Environment Collection file for greatest margin of victory with a 15- get […] 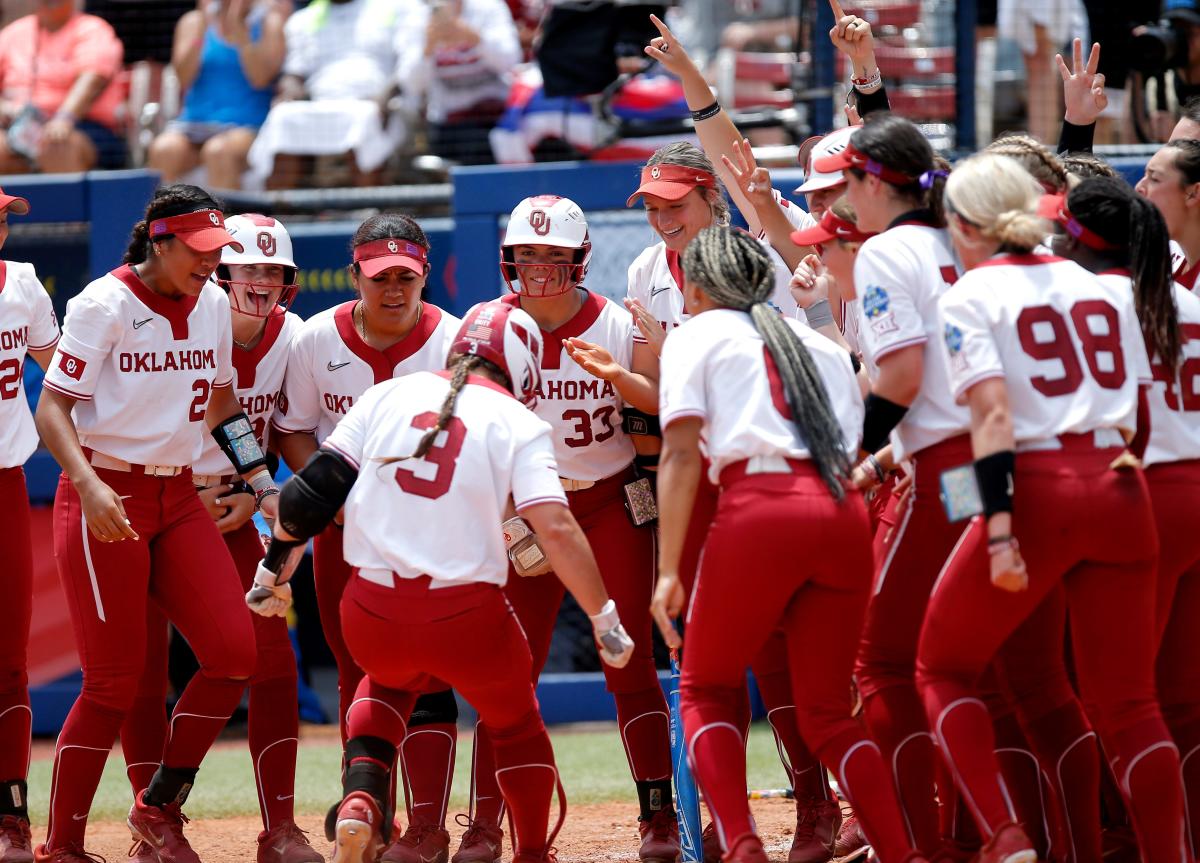