This week’s guest began his side hustle with the goal of getting just 10 clients in 90 days. Four years later, he’s now the proud owner of a 7-figure business! 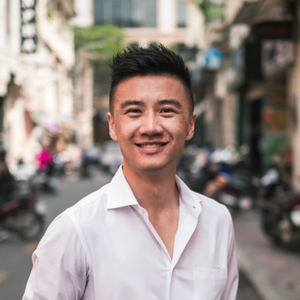 Justin Tan is a Side Hustle Show listener who was inspired by Russ Perry’s story in Episode 248 of how he began Design Pickle.

In 2014, Russ was running a creative agency when he started to hate everything about it. Not wanting to feel like a prisoner of his own creation, he sought out a new business model, one that offered reliable, affordable, and scalable creative work at a flat rate.

Justin took inspiration from that model and applied it to video editing. And so, Video Husky was born.

Justin’s story is one of many examples of what can happen when you combine a demonstrable business model with a novel idea and an untapped market.

Tune in to The Side Hustle Show interview to hear how:

Guaranteed inspiration for your next income stream! 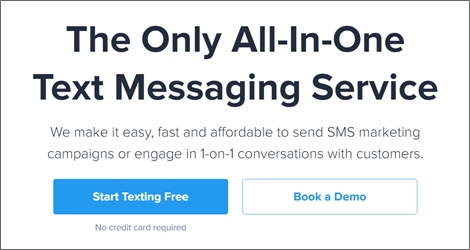 The Inspiration for Starting Video Husky

He noticed that he kept encountering the same problem: Clients couldn’t produce good enough videos for him and his team to promote.

Realizing this, Justin took inspiration from Design Pickle’s business model, which he had heard about from a previous Side Hustle Show episode, and applied that to video editing.

He brought on a friend who was a skilled video editor and set the goal of getting 10 clients in 90 days.

“In my mind, if we could get there, that would validate it.”

But landing those 10 clients wasn’t easy.

At the 86-day mark, Justin had only 4 clients, 3 of which came from his previous Facebook ad business.

Unfortunately, none of them were a good fit.

With only four days left before the deadline, Justin decided to post a special offer in a private forum for entrepreneurs.

It turned out that a good number of the group’s members were YouTubers who were struggling with video editing.

And those that weren’t YouTubers knew people who were.

That got the ball rolling, so much so that Justin went from four to 10 clients in the run-up to the deadline.

In fact, the sudden demand was so overwhelming that he had to bring on another video editor to help manage their new clients.

At the time, Video Husky really only had one competitor: Vidchops.

Vidchops has a similar business model in that it charges clients a flat rate to make better videos, grow their businesses, and save time.

However, the lack of competitors raised the question of, how much do we charge for this?

Again, Justin decided to look to Design Pickle for inspiration.

Design Pickle was charging around $370 per month for its services at the time. “I figured video editing is a higher value,” Justin said.

And so, he set Video Husky’s starting price at $495 per month.

Today, Video Husky has two packages: the starter “Pom” plan at $549 per month and the advanced “Eskimo” plan at $749 per month.

But these numbers didn’t appear out of thin air.

According to Justin, he had to take a lot of things into consideration when setting prices, such as the size of the videos, the time it takes to edit a video, the editors’ skill level, and more.

Accounting for these variables was also important in determining whether editors could do tasks on a sustainable and repeated basis.

Justin uses three core tools in his business. The tools he uses are:

Challenges of Scaling Into a Full-Time Business

Turning a side hustle into a full-time business is no walk in the park.

But for Justin, scaling was made even more difficult by the fact that he himself wasn’t a video editor.

Not all videos require the same amount of skill level to edit. Some editors are also better suited to work on some videos than others.

Due to his lack of expertise in video editing, Justin struggled to match the right video to the right editor.

“I just kept on throwing videos and clients to our editors and hoping it would all work out,” he explained.

But he would later come to find that it’s better to have editors build relationships with their clients by having them work with the same clients.

That way, they get familiar with the clients’ wants and how they can best deliver that.

As was the case with many businesses worldwide, the COVID-19 pandemic hit Video Husky hard.

The company lost several clients at a time when it had 40 to 50 editors, effectively putting them in the red.

“There were a couple of months where it was not pretty,” Justin said.

But he found a silver lining in that the pandemic forced him to reassess how he ran his business. In the end, he realized he needed to give it a better structure.

To do that, Justin worked with a company called CleverProfits, which helped him go through his business’s expenses.

To him, that experience was eye-opening. He realized he was running Video Husky with a marketer’s mindset, not an owner’s.

To be a fully-fledged business owner, he had to understand the numbers, figure out the unit economics of his business, what a good gross margin looked like for a productized service, and much more.

Deciding to Step Away

Despite the growth and success that Video Husky steadily enjoyed over the years, Justin found himself feeling burnt out.

By the time 2021 came around, he felt frustrated and disgruntled. “I wasn’t paying attention. My eye was off the ball.”

Realizing his shortcomings — something that’s rare for founders — Justin sought the advice of his entrepreneurial coach, Taylor Pearson.

Related: Taylor Pearson on The Side Hustle

Working with Taylor made Justin realize that his role as CEO of Video Husky wasn’t right for him anymore.

He was left with three options:

He chose the third option, having acknowledged that:

Surprises Along the Way

Looking back at his four-year stint as founder, manager, and CEO of Video Husky, Justin recalled two surprising lessons along the way.

One came about from stumbling on a YouTuber who taught people how to be a mermaid and monetized that by selling mermaid tail costumes.

“If she can do this, you can build a business off of anything,” Justin said.

Justin also came to find that their best client was worth a lot more than their worst client.

The really good clients accounted for 70% of Video Husky’s revenue, which represents around 80% of the company’s profit.

In contrast, the really bad clients were not only unprofitable, but they also actively lost the company money.

“There’s something to be said about doubling down on your best clients.”

Since stepping away from Video Husky, Justin has taken on a consultant role for other productized service businesses.

As a part-time consultant, he helps businesses scale up in terms of both revenue and the size of their team.

Justin has also been enjoying living a nomadic life with his girlfriend, Alyssa Medway.

Alyssa offers her grant writing expertise to not-for-profit organizations and community-minded businesses that are seeking funding to deliver impactful projects.

Justin’s #1 Tip for Side Hustle Nation

“If you can afford to, hire a virtual assistant.”

Guaranteed inspiration for your next income stream!