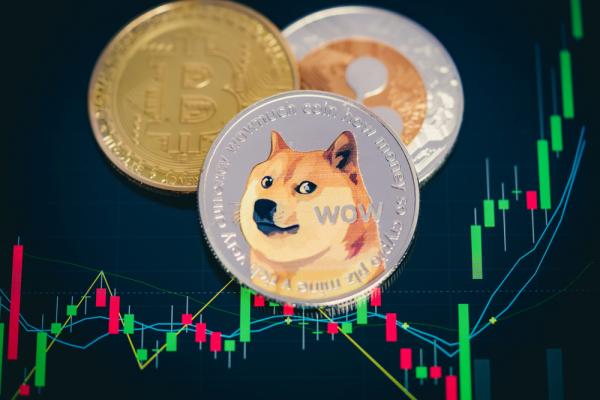 Bitcoin and Ethereum were seen trading in the red on Monday evening, even as the global cryptocurrency market cap inched up 0.07% to $1 trillion at 9:15 p.m. EDT.

Why It Matters: Even as two of the largest coins declined on Monday, Dogecoin kept its head above the water. The meme coin was trading higher at around the $0.125 mark at the time of writing.

The apex coin followed stocks lower on Monday with the tech-heavy Nasdaq ending the day lower by nearly 1%. The S&P 500 declined 0.75%. At the time of writing U.S. Stock futures traded flat.

Investors will keep an eye on the Federal Open Market Committee meeting slated for Tuesday along with non-farm payrolls due Friday. U.S. Federal Reserve Jerome Powell is expected to hike rates by 75 bps.

“All the major global manufacturing readings show the economic slowdown is getting uglier,” said Edward Moya, a senior market analyst with OANDA. “Bitcoin continues to hover around the $20,000 level as Wall Street hopes for the Fed to provide clues that we are much closer to the end of tightening.”

“Some traders are growing confident that a bottom is in place, options market activity is showing the need for downside protection is easing.  This will be a pivotal last two months of the year that should trigger a move outside of the $17,500 and $25,000 trading range.”

Probably we’ll be having a correction tomorrow or Wednesday before the actual FOMC event taking place.
Then a big fuckery happens on the actual moment the news comes out and after that, the party and relief rally continues.

The Amsterdam-based cryptocurrency trader advised his followers to avoid excessive leverage in the upcoming 48 hours along with “tight stops.”

General tip going into the next 48 hours;

It will be a slight roller coaster as it always is, so staying calm is the best strategy.

“It will be a slight roller coaster as it always is, so staying calm is the best strategy.”

Delphi Digital said in a note that historically a strong rally in Dogecoin has been a harbinger of an “alt szn” — a period of aggressive risk-taking where capital flows into so-called altcoins.

“Given that we’ve already seen price increases in ETH and DOGE, several market participants are also expecting a rally in other altcoins,” said the independent research firm.

“It remains to be seen if this rally has any legs or if this is merely generating exit liquidity before we hit new lows.”

Santiment noted that “social dominance” has been a primary indicator for DOGE as “crowd hype spikes have created local tops, and crowd fear foreshadowed bottoms.” The market intelligence platform noted in a tweet that DOGE-related discussions peaked at Saturday’s local top and that the meme coin is still “decoupled from markets.”

#Dogecoin is still +9% over the past 24 hours, despite most of #crypto declining into the negatives after a big weekend. Social dominance has been the primary indicator, as crowd hype spikes have created local tops, and crowd fear foreshadowed bottoms. https://t.co/NLC0geoWPT pic.twitter.com/XRP1CvnV8B

BP rakes in quarterly profit of $8.2 billion as oil majors post another round of bumper earnings