Investors should be adding to their positions with careful buys, not rushing to ramp up exposure. Markets are showing solid and improving technical action, but also appear to be betting on an optimistic economic scenario.

Apple (AAPL), Exxon Mobil (XOM) and Chevron (CVX) made bullish moves Friday following earnings. Exxon and CVX stock offered early entries above their 50-day lines as they move up the right side of proper bases.

Apple stock became the first megacap to reclaim the 200-day line, while its relative strength line is already at a new high. With earnings risk off the table, investors could use this as a potential aggressive buy, perhaps a place to start a position in AAPL stock.

ON stock moved past a trendline entry on Friday, while its RS line is at a new high. That would usually be a buy signal for this leading chip play. However, Onsemi (ON) earnings are due before Monday’s open, making any new purchase highly risky.

China EV makers Nio (NIO), Xpeng (XPEV) and Li Auto (LI) should report July deliveries before Monday’s open. China EV and battery giant BYD (BYDDF) will likely follow a day or two later. All four are ramping up capacity and starting deliveries of new models in the next few weeks or months. BYD began the sale of the Seal sedan on Friday, taking on the Tesla (TSLA) Model 3.

Exxon, Chevron and Tesla stock are on the IBD 50. ON stock is on the IBD Big Cap 20. Exxon was Friday’s IBD Stock Of The Day. Apple stock and Chevron are Dow Jones components.

The video embedded in this article looks at Apple, Exxon Mobil and Vertex Pharmaceuticals (VRTX).

China’s official manufacturing index unexpectedly fell to 49 in July from June’s 50.2, back below the break-even 50-day level. Analysts had expected a slight uptick to 50.4. Sales at the country’s top 100 property developers plunged 39.7% from July 2021 and 28.6% vs. June. A mortgage revolt over unfinished properties is adding to concerns, deterring new buyers.

The stock market rally fell to start the week, amid a Walmart (WMT) profit warning and other concerns. But the major indexes moved sharply higher over the last three days, closing at weekly highs.

Before Monday’s open, China EV makers Li Auto, Nio and Xpeng will release July deliveries. There are reports that EV and hybrid sales cooled somewhat in July after new subsidies and the end of lockdowns spurred a big bump in sales last month.

Nio’s CEO said Saturday that a “bottleneck” in parts limited July production of its flagship ET7 luxury sedan from increasing from June’s 4,349.

All three are aggressively expanding capacity. Xpeng, which doubled annual production capacity to 200,000 earlier this year, will hit 400,000 by year-end, or 600,000 with double shifts. But the EV maker reportedly already is offering discounts to boost sales. Is that a sign of weaker vehicle pricing for China’s EV market in the coming months?

A new EV SUV later this year could boost Xpeng demand. Nio is adding two new models in the third quarter, while Li Auto will begin deliveries of its premium L9 hybrid SUV in late August.

All three stocks have pulled back substantially since late June. LI stock had surged to a 52-week high, so its pullback to the 50-day line looks healthier. In another week, Li Auto will have a new base. Nio stock and Xpeng fell back from their 200-day lines, with XPEV stock decisively below its 50-day line as well now.

A government council confirmed that EV and plug-in hybrid vehicles will be exempt from auto purchase taxes next year, according to reports Friday.

EV giant BYD probably reports July sales on Tuesday or Wednesday. There was an unconfirmed local media report that new BYD registrations topped 149,000, which would indicate July sales rose substantially from June’s record 134,036. BYD continues to rapidly expand capacity, with a huge expansion in Asia and Europe about to kick off. The BYD Seal began sales on Friday, with deliveries set to start in August. It’s the first clear case of BYD going head to head with Tesla, with the Seal costing $10,000 less than the Model 3.

BYD stock is trading just below its 50-day line, but could be working on a new base as well after hitting record highs in late June.

Tesla China sales won’t be out for a couple of weeks. Tesla Shanghai is undergoing some upgrades that will substantially boost capacity production. Last week Tesla stock ran up 9.15% to 891.47 after soaring 13% in the prior week on strong earnings. It’s racing toward its 200-day line but isn’t there yet.

Tesla Vs. BYD: Which EV Giant Is The Better Buy?

This past week was an inflection point for the stock market rally, which showed a real change of character. Amid the biggest week of earnings season, important economic data and the latest Fed rate hike and guidance, the major indexes ramped higher — even when the news wasn’t positive.

After testing their 50-day lines early in the week, the major indexes rebounded to move decisively above that key level. The Nasdaq, which also ran above its early June highs, had its best month since April 2020, when the coronavirus rally began.

The Nasdaq’s 50-day line is turning up, another sign that the “trend” is positive.

The market rally is back to a confirmed uptrend.

It’s increasingly likely that the market has bottomed. That doesn’t necessarily mean that the major indexes will race back to all-time highs, though.

The S&P 500 and Dow Jones still face their early June highs. Above that, the 200-day line looms as a significant test for the market rally.

Investors appear to be betting that the economy is in the midst of a softish landing that will cool inflation sufficiently to spur the Federal Reserve to slow and then stop rate hikes, without crushing the economy and demand. If that outlook changes, markets could struggle.

This coming week, investors will get the ISM US. manufacturing index for July on Monday, followed by June job openings on Tuesday and the July jobs report on Friday.

Another potential issue is energy prices. Rebounding energy prices are good news for XOM stock and other oil and gas plays. Gasoline futures — still well off their June all-time highs — have bounced off recent lows, however, suggesting prices at the pump will soon stop their recent retreat. That could limit inflation’s decline, and keep consumers from shifting spending back to other areas.

Aside from energy, some lithium names are looking interesting, though Albemarle (ALB) and Livent (LTHM) earnings are on tap this coming week. Some steel plays are trying to break downtrends as they reclaim key levels.

Drug and biotech stocks have been pulling back, such as VRTX stock, but many are still acting well. A little strength could offer new entries.

Hershey (HSY) and other food products stocks are showing strength.

Growth names are moving off the bottom, but are still mostly well off highs.

With the market rally taking big strides in the past few weeks, investors should be adding to their exposure. Do so gradually and look for early entries. There’s still the risk that this is a bear market rally that will run out of steam, while sector rotation is still an issue.

There aren’t a lot of stocks that are in position to buy. Some of those that do look interesting have earnings on tap in the next few days, such as Vertex or ON stock, complicating new purchases.

With so many big earnings out of the way, the coming wave of results likely will be less meaningful for the whole market, but they’ll still be highly relevant for individual stocks and sectors.

Broad-market or sector ETFs are still a good way to ride the current market. Software, chip or other tech ETFs are a way to get at rebounding growth stocks that are still well out of position.

Keep working on your watchlists, looking for emerging leaders.

Catch The Next Big Winning Stock With MarketSmith

Mon Aug 1 , 2022
WangAnQi Introduction As a dividend growth investor, I constantly seek opportunities to acquire income-producing assets. I own several dozens of shares in my dividend growth portfolio. Sometimes I add to existing positions when priced attractively. On other occasions, I start new positions in companies offering me additional exposure to industries […] 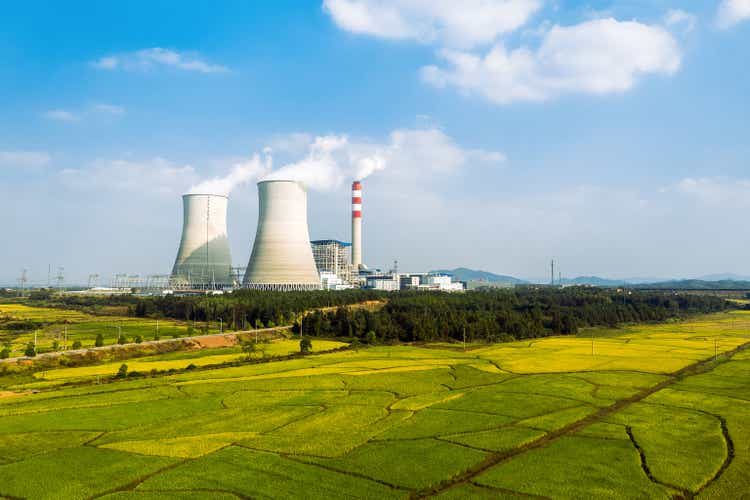