For the better part of six straight days in southern Oregon, one man walked the grounds of Bandon Dunes alone.

At 53, Feng Ding is a retired soccer coach from Beijing. But for the past decade, he has worked an unpaid job as swing instructor to his only child.

It hasn’t been an easy gig, given his own modest background in a game that he only took up in adulthood.

“But with my experience as a soccer coach, I was able to help with training,” Ding said through a translator. “And with some advice from golf professionals in China, I have been able to guide him.” On Saturday afternoon, Ding’s guidance paid off when his 17-year-old son, Wenyi Ding, held off a spirited charge by Caleb Surratt, of Indian Trail, N.C., to capture the U.S. Junior Amateur by a margin of 3-and-2.

Ding’s victory in the 36-hole final earns him a spot in the 2023 U.S. Open. It also makes him the first male player from China to win a USGA event.

As a three-time winner of the Chinese Amateur Open and the runner up in the 2020 Volvo China Open, Ding is a young headliner in his home country and the 20th-ranked player in the World Amateur Golf Ranking. Despite that standing, though, he arrived at Bandon as a relative unknown, having only played once in the United States before and never in a USGA event. He didn’t remain overlooked for long. As Ding cruised through the first two days of stroke play, and the opening rounds of match play, the buzz around him began to build. It swelled on Friday, when Ding edged last year’s Junior Amateur semifinalist, Luke Potter, of Encinitas, Calif., 1 up, in the morning, and then outlasted Eric Lee, of Fullerton, Calif., in the afternoon semifinals, putting himself on a collision course with Surratt.

Surratt, who will attend the University of Tennessee in the fall, entered the championship as one of the hottest hands on the junior circuit, with two wins and nothing worse than a 9th-place finish in his previous nine events. He, too, cruised through the early rounds of match play, before knocking off defending champ Nicholas Dunlap 4-and-3 in the semifinals.

In Saturday’s final, Surratt came out blazing in the morning session with birdies on the opening three holes. Only a crafty up-and-down by Ding on the par-5 3rd hole kept the deficit to 2.

Surratt has the meticulous manner of a Tour pro and the ball-striking to match. But golf is like a box of chocolates. Throw in variables of a bouncy, wind-swept links, and you have no way of knowing what you’re going to get. On the par-4 4th, Surratt caught a greenside bunker, giving way to bogey. Ding made par. As he marched to the 5th tee, 1 down, his father gave him a gentle fist bump. The momentum in the match had begun to shift.

By the turn, Ding had drawn even. By the end of the morning 18, he had built a 3-up lead. His cheering section had grown, too.

David Zhou, Wen Wu Wang and Xian Zhang, who were all born in China but now reside in Toronto, had come to Bandon Dunes for a buddies’ golf trip, with no intent of watching the Junior Amateur. But when they heard that Ding was in the finals, they rushed out to watch. His name was no secret to them.

“I’ve been following him for a while now,” Zhang said. “In China, he’s a really big deal.”

So much so that the three men asked Ding to pose for a photo with them as he walked off 18.

Morning leads in the Junior Amateur have not been a good omen in recent years. Eight of the last nine winners of the event have been tied or trailing heading into the afternoon session. Ding came out looking eager to buck that trend, with a birdie on 2 and an eagle on 3, expanding his lead to 5 up. He played the first seven holes in five under par and was six under at the turn, with a 7-up lead. When Ding birdied the par-4 10th to go 8 up, the match was dormie.

Still, closing out a championship is tough. And Surratt wasn’t ready to lay down. On the 11th hole, Wing made his first bogey of the finals. Surratt then reeled off three straight birdies.

Another win for Surratt on the par-3 15th and the margin was down to 3 with three holes to play.

But he collected himself on the short par-4 16th, with a solid drive and crispy chip to close out the match. Surratt was the first to congratulate him.

“Wenyi played some great golf today,” Surratt said. “But I fought hard and tried my best and that is all I can ask for.”

As the moment sank in, Ding broke down in tears. He hugged his caddie, Wil Lozano, a resort looper, then fell into the embrace of his weeping father.

In the long run, victory in the Junior Amateur guarantees nothing. But it’s not a bad sign. Johnny Miller won the event. So did Scottie Scheffler. Jordan Spieth won it twice, and Tiger Woods pulled off the trick three times in a row.

Ding has already committed to Arizona State for the fall of 2023. He will play in the U.S. Amateur, in August, at Ridgewood Country Club, in New Jersey, and the U.S. Open at Los Angeles Country Club next year.

The sky appears to be the limit. His father is considering finding him a seasoned instructor.

“The problem is,” the elder Ding said, “I’m afraid that they might change his swing.”

A golf, food and travel writer, Josh Sens has been a GOLF Magazine contributor since 2004 and now contributes across all of GOLF’s platforms. His work has been anthologized in The Best American Sportswriting. He is also the co-author, with Sammy Hagar, of Are We Having Any Fun Yet: the Cooking and Partying Handbook.

Sun Jul 31 , 2022
by Jesse Johnson, founder, and CEO of Keep 5a With online shopping turning into even far more preferred above the final pair a long time, retail is in flux. However, luxury clients are nevertheless purchasing big at physical stores. To capture the most sales, luxury retail and resale will need to be strategic […] 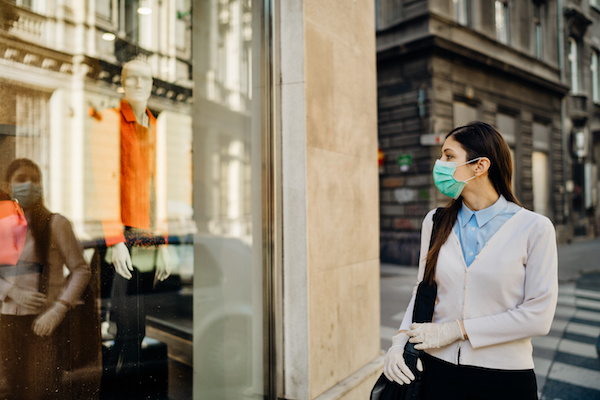